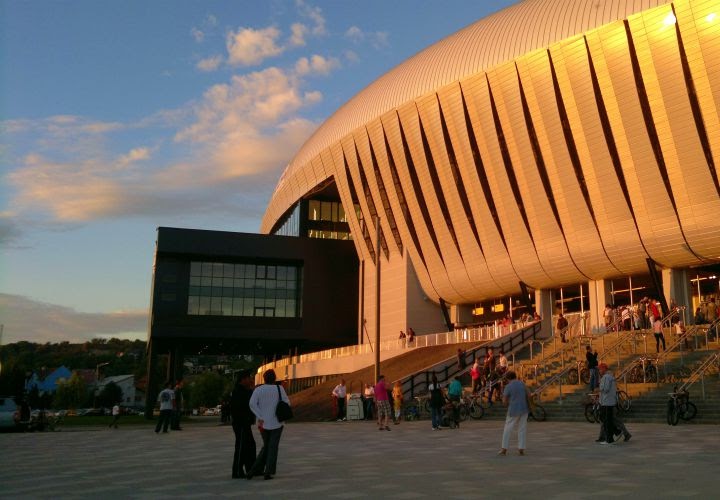 Cluj Arena is a multi-use stadium in Cluj-Napoca, Romania. It was ready as of October 2011 and is to be ranked as an UEFA Elite Stadium ,Category 4. The stadium is the new home ground of Universitatea Cluj.

The owner, Cluj County Council, and the Government of Romania paid ore than 40 millions lei for the new stadium, which is able to hold 30,201 people. The stadium is composed of 4 two-tier covered stands and a new running track. The seats are grey coloured, with different nuances depending on their position.

The building is located in the center of the city and hosts the famous Untold Festival each year.