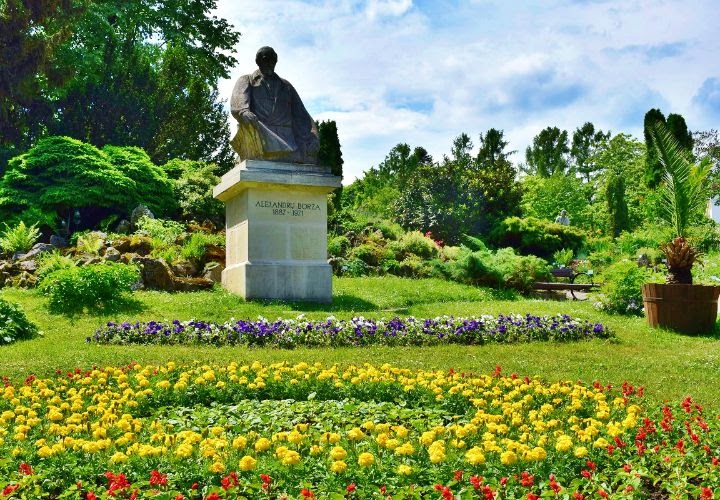 Established in 1920 and officially opened for the public in 1925, Alexandru Borza Botanical Garden is a scientific, didactic and educational institution whose foundations were set in the present location by Alexandru Borza, prominent figure in the field of Biology in Romania.

The Botanical Garden covers 14 hectares, a varied land configuration suitable for the growth and development of plants from different continents. Around 10,000 specific categories are cultivated here, grouped for a better administration into several sectors: ornamental, phytogeographic, systematic, economic, greenhouses complex and the sector destined for persons with sight deficiencies - created recently in order to meet the needs expressed repeatedly by the community.

The Ornamental sector is meant to offer the visitor a wide range of species and decorative horticulture varieties whose shape and colour changes according to season. Worth mentioning the rose collection comprising around 250 species of roses and other flower collections: tulips, daffodils, hyacinths, dahlias, cannas, gladioli and lilies which change according to season.

The Phytogeographic sector comprises several objectives with themes meant to group plants from various geographical regions. Asia is represented by the Japanese Garden designed in the gyo-no-niwa traditional style. Flora from different geographical regions of our country is also well represented for the Transylvanian plain and plateau, the vegetation of the Carpathians Mountains and the Black Sea coast. A special attraction is the Roman Garden, known as Pliny's garden; it is towered by the statue of the Roman goddess Ceres, framed on both sides by two genuine coffins discovered in the old Roman city of Napoca.

The Botanical Garden is visited annually by about 150,000 people, a fact which gives it the status of a true symbol of Cluj.