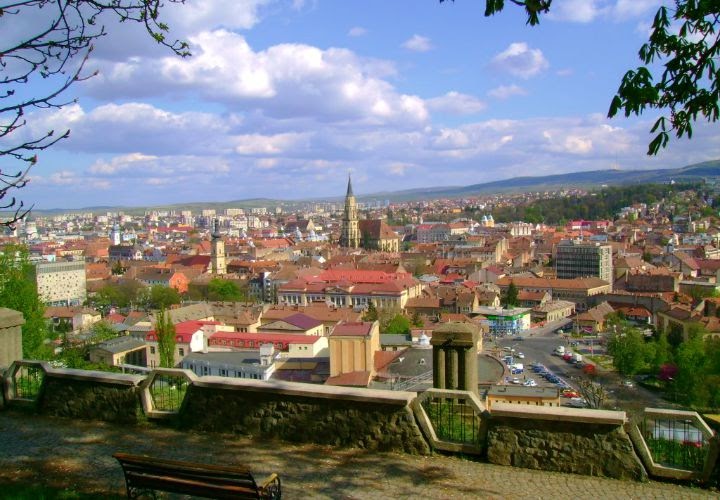 Two years after the death of the empress Elisabeth – Austro-Hungarian emperor Franz Josef`s wife – the inhabitants named the promenade of the southern ridge of Cetatii Hill after the empress, also placing here her statue (which is nowadays in the Botanical Garden).

In 1702, a marble cross was placed on Cetatuii Hill, but disappeared after World War I. In the 1930s, Valer Pop financed the realisation of a new cross. Dynamited in 1948 by the communists and rebuilt later at smaller dimensions, the cross disappeared again in the early 1960s, once with the rethinking of the whole architectonical structure of the city.

Belvedere Hotel (named Transilvania Hotel during the dictatorship of Ceausescu) was the expression of the new laic and modern vision.

In 1995, the mayor Gheorghe Funar built up a memorial of Romanian martyrs, marking in this way another episode of simbolic nationalistic disputes.