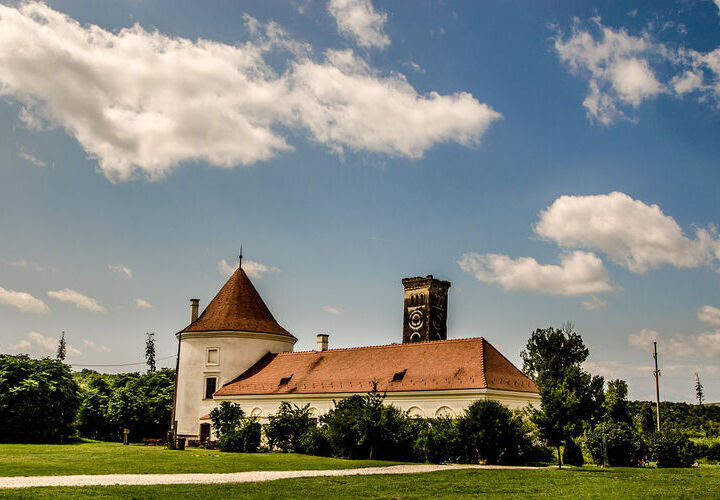 Banffy Castle in Bonțida is one of the castles that perfectly represent the Transylvanian Baroque. Before it was built, there was a noble residence on this site, more precisely, a manor house, this building being documented after 1640.

The building was built by Dionisie Banffy II, Count of Dabaca and Cluj. The construction was designed to have the shape of a letter "L", fortified with enclosure walls arranged in a rectangle with high gate towers at the entrance. The ceiling of the castle cellar is built of brick in the shape of a cylindrical vault, the walls are built of stone and the doors are carved in Renaissance style. This castle was partially destroyed during the wars and was eventually used as a military base. Rehabilitation began in the 17th century, when it was also extended in the Renaissance style.

At that time there was also much discussion about building the park around the castle. Banffy Denes (who first came up with the idea of building the castle) wanted a park in the French style like Versailles Park which is famous for its extraordinary architecture. Symmetrical alleys, long terraces, airy atmosphere are the things that complete the park making it seem unique. Although over time the park has lost its splendour, with trees being cut down, you can still see traces of architecture with romantic patterns.

Bontida Castle suffered a lot during the 20th century. In 1944 it was turned into a company hospital. German troops looted and devastated it in revenge for the political attitude of its owner, Count Miklos Banffy, who had initiated negotiations between Romania and Hungary for both sides to fight against Germany.

What attracts tourists even more is the legend that the castle is haunted. The princess who lived in the castle was having an affair with an outsider. Having been seen sneaking around by one of the boys in the ranks, so as not to be exposed, she seduced the groom and then killed him with a knife. And to this day legend has it that the ghost of the young man haunts the castle.

Prince Charles of Wales has been fascinated by the castle's architecture and wants to restore it, convinced that once restored it will become a real tourist attraction.

Banffy Castle has become even more famous in the last 5 years because it hosts the Electric Castle festival, attended by tens of thousands of people every year.